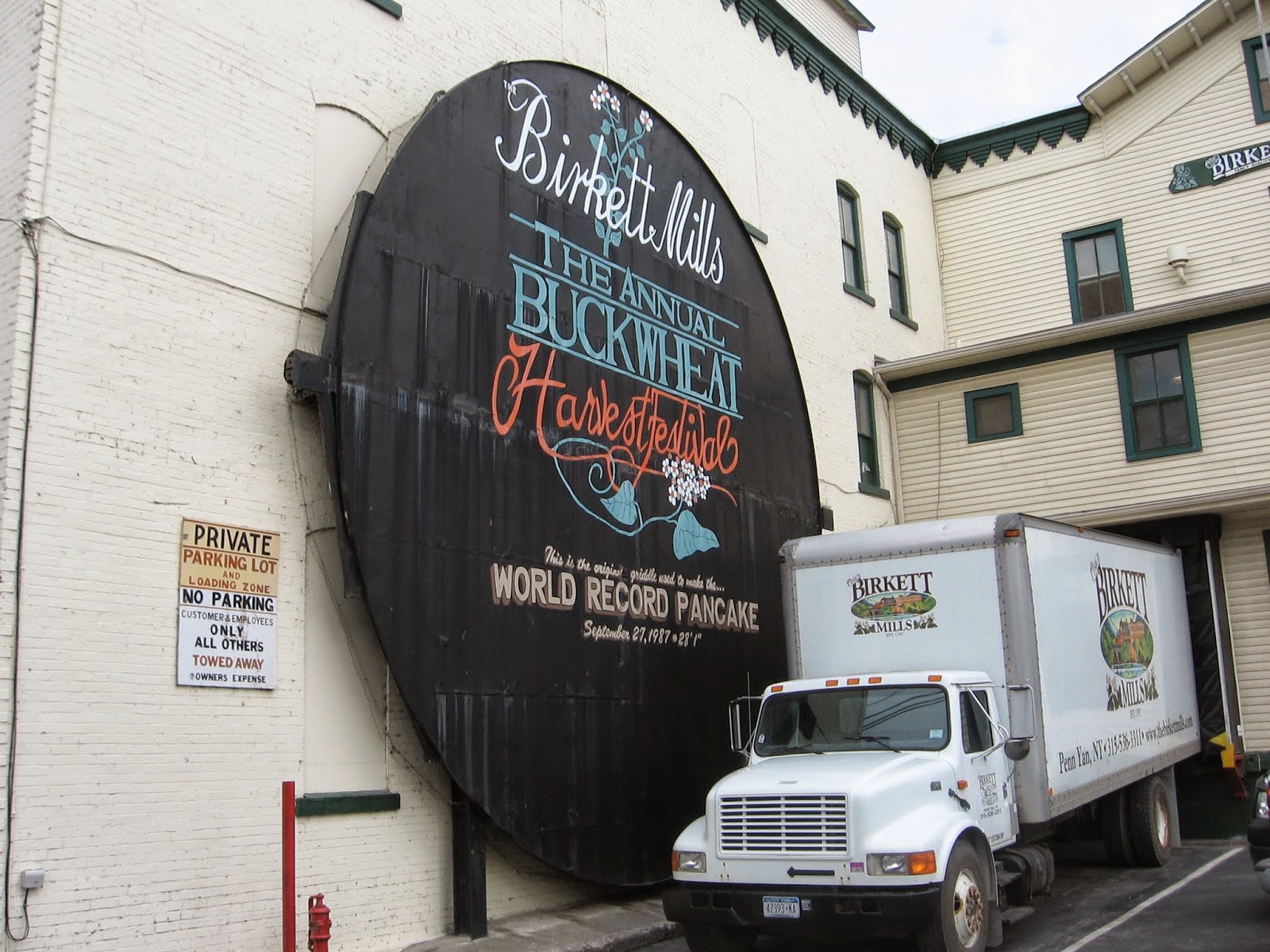 Yes, every town needs something to be famous for something. Here is Penn Yan's something - at least in the silly tourist attraction department.

In 1987, Penn Yan made the world's largest pancake. Naturally, you'd need a very large griddle for such a project. This is that cooking device. It's hung on a building in downtown (Main St. and Seneca St. if you are visiting.) It's another great find from our friends at the website of Roadside America.


The pancake was 28 feet across and weighed more than 4,000 pounds. It took 15 gallons of syrup and 48 pounds of butter to finish it. Reports say the finished product was rather cake-like, and a little tough.

The Finger Lakes Times says the record only lasted for seven years, when an English town made a bigger pancake. Let's hope Penn Yan still holds the American record.

The town is a nice little college town, with Keuka College just out of downtown. Too bad the students don't get to see it in the summer for the most part. Here's a tourism video:

Be notified of new posts via Twitter @WDX2BB.
Posted by Budd Bailey at 12:32 AM No comments: 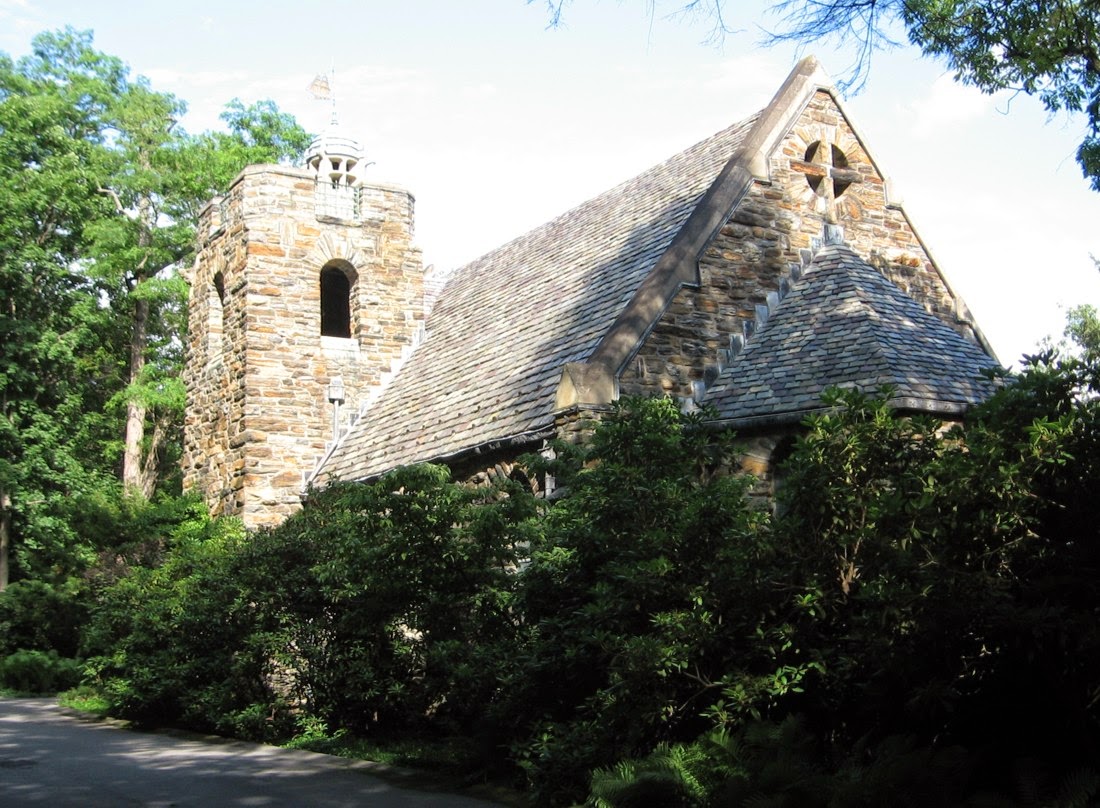 You get 10 points if you know where Bluff Point, New York is. It is located in the Finger Lakes region of the state. Keuka Lake is shaped something like a Y, and Bluff Point is located just north of where the two water branches come together.

That was where Garrett and Company made millions of gallons of wine in the first half of the 20th century. The son of Evelyn and Paul Garrett - Charles - died in 1929, and the winery owners put up this chapel in tribute to him.

It's a great old building, with fine views of the surrounding countryside. It's a natural place for weddings and wedding pictures, and services are held there in the summer. The Chapel is on the register of national historic places.

When we visited, the place was locked up. Luckily, the website has a video:

Be notified of new posts via Twitter @WDX2BB.
Posted by Budd Bailey at 12:18 AM No comments: 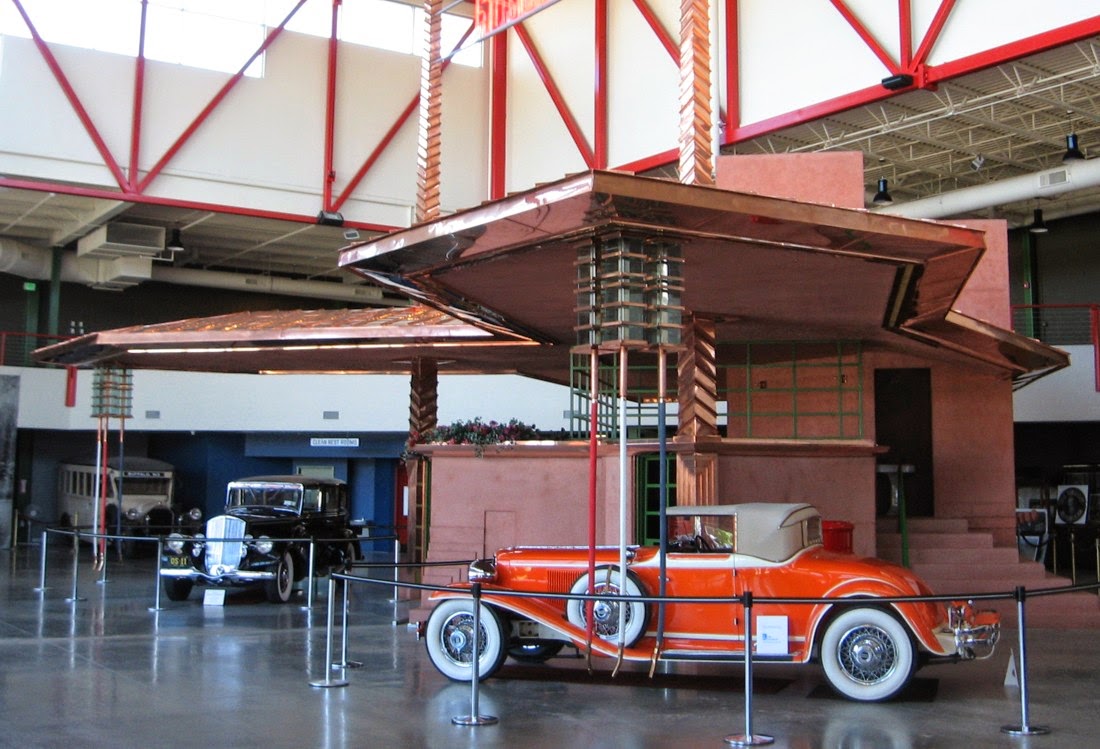 Part of the Pierce Arrow Museum in Buffalo is less than impressive from the outside. It looks like some sort of old warehouse, which it is.

But open the door, and the view becomes that much more impressive. The floor of the main part of the museum is filled with cars. As you'd expect by the name, the Pierce Arrow is more than well represented. That car was made in Buffalo, and was the luxury vehicle of its time. Alas, the Depression did the company in, as few people had the money to buy an expensive auto. The walls have plenty of memorabilia as well - everything from signs and memorabilia to gas pumps.

But that's not the best part. A wing was added to the building some time ago, and the centerpiece is a gas station designed by Frank Lloyd Wright. This was never actually built at the time, as it was deemed a bit impractical for actual use. A fireplace in a service station probably didn't seem like a good idea then, just like it doesn't now. But it's fun to see what Wright designed. There's some controversy in the architectural world about this, as some don't like the idea of taking the plans of an unrealized project and building it. Still, it's quite a curiosity piece. The museum borrowed Wright's car, and placed it on display at the time of this visit.

This is a relatively new museum, so it's a little underrated in terms of attractions. Transportation lovers certainly will enjoy it a great deal.

Be notified of new posts via Twitter @WDX2BB.
Posted by Budd Bailey at 12:07 AM No comments: