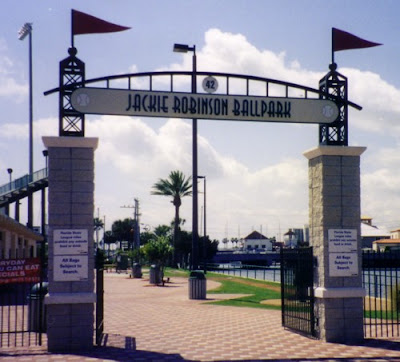 The integration of major league baseball after World War II had several small milestones, and not just the big ones like Jackie Robinson's contract signing and first big league game. His first integrated game took place in Daytona Beach, and the city fathers there have decided to honor the event. The Class A ballpark is named after Robinson, and a statue shows him reaching out to some local children.

Nice job, Daytona Beach.
Posted by Budd Bailey at 12:51 AM